From the investment professionals at Kayne Anderson Rudnick

The yield on the ten-year U.S. Treasury note recently fell below the yield of the two-year note (2/10 yield curve) for the first time since 2007. Should the yield curve stay inverted for an extended amount of time, it is clearly a negative development for future economic growth. We believe the yield curve tends to be a more accurate forecasting tool than many economists or Wall Street strategists, and should prompt the Federal Reserve to extend rate cuts to prevent an economic downturn.

Data is obtained from FactSet Research Systems and is assumed to be reliable. Past performance is no guarantee of future results.

Why is the 2/10 Yield Curve Inverting?

Economic growth has been decelerating all year long, particularly overseas. Continued trade friction between the U.S. and China has exacerbated this slowdown and is now threatening a more material slowdown and possibly a future contraction. In many countries, such as China and Germany, agricultural and industrial activity is already in a recession due to continued trade tensions. The longer this dispute drags on, the greater the negative impact on business confidence and future spending plans. A lack of business confidence can easily lead to a self-fulfilling downward spiral in global demand. Technical explanations of why the yield curve is inverted misses the point. A sustained inversion, regardless of the reason, will be an ongoing headwind to economic growth.

Chance of U.S. Recession 12-Months Ahead As Predicted by the Treasury Spread

Data is obtained from Federal Reserve Bank of New York and Strategas and is assumed to be reliable. Past performance is no guarantee of future results.

What is Needed to Restore Confidence?

In our view, the yield curve needs to move into a more positive sloping upward curve, or at least move to a flat curve. We believe that the Fed should get more aggressive on rate cutting and lower rates by at least 50 basis points (0.50%) in September. This could potentially start to steepen the longer end of the yield curve (longer maturity Treasuries).

Also, in our view, it would help if President Trump rescinded all of his latest tariff threat increases and attempted to signal no further trade war escalations/tariffs, with or without a deal, before the election.

Both of these actions could help stabilize business confidence and spending globally and provide some stability to investor earnings expectations going forward.

What Should Investors Do?

In the meantime, it appears volatility is here to stay. While we cannot predict market events and we do not advocate timing the market, our advice to long-term investors is to stay the course. Historically, on average, the S&P 500® Index has gained 4.87% in the six months following a yield curve inversion, and 13.48% a year after. Although past performance is no guarantee of future results, we believe it is important to maintain a long-term perspective. As always, we remain focused on investing in quality companies: differentiated businesses with exceptional economics and the potential to prosper over the long haul.

Data is obtained from Strategas and is assumed to be reliable. Past performance is no guarantee of future results. 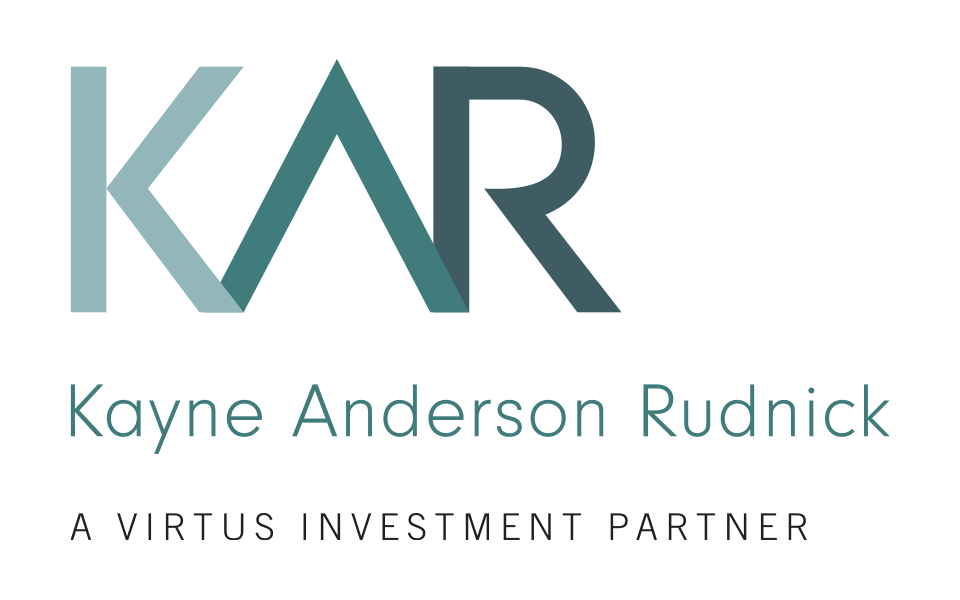 The commentary is the opinion of Kayne Anderson Rudnick. This material has been prepared using sources of information generally believed to be reliable; however, its accuracy is not guaranteed. Opinions represented are subject to change and should not be considered investment advice or an offer of securities.