Why healthcare will be a hot-button issue in the 2020 U.S. elections and what this means for investors.

More than immigration or the economy, healthcare is poised to be a central political fault line in next year’s presidential election. And, with the sector representing about 13 per cent of the S&P 500® benchmark stock index, as of July 31, the political situation will be keenly watched by investors.

"There is a lot of campaign rhetoric out there,” says Stephanie Niven, global equity portfolio manager at Aviva Investors. “People are posturing to get votes, and financial markets have been hit as a result.” 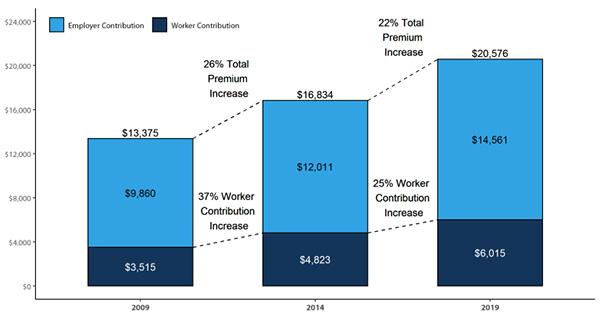 Another way of gauging out-of-pocket expenses is through employer health insurance deductibles, which have skyrocketed by 150% to an average of $1,350 in 2018 compared to 2009, according to an analysis by KFF.1 “The cost of healthcare is impacting consumers’ wallets in a fairly meaningful way,” says Matthew Raque, senior global healthcare and pharmaceuticals research analyst at Aviva Investors. “Furthermore, the quality of healthcare is inconsistent: it depends on where you live, where you work and what kind of insurance you have.”

Despite Obamacare, about 8.8% of the population – or nearly 30 million people – do not have health insurance, according to the latest data from the U.S. Census Bureau.2 (See Exhibit 2.) For those without health insurance, a serious accident or an unexpected long-term illness could result in bankruptcy.

Exhibit 2: Estimated Uninsured Rates for the U.S. Population Under Age 65 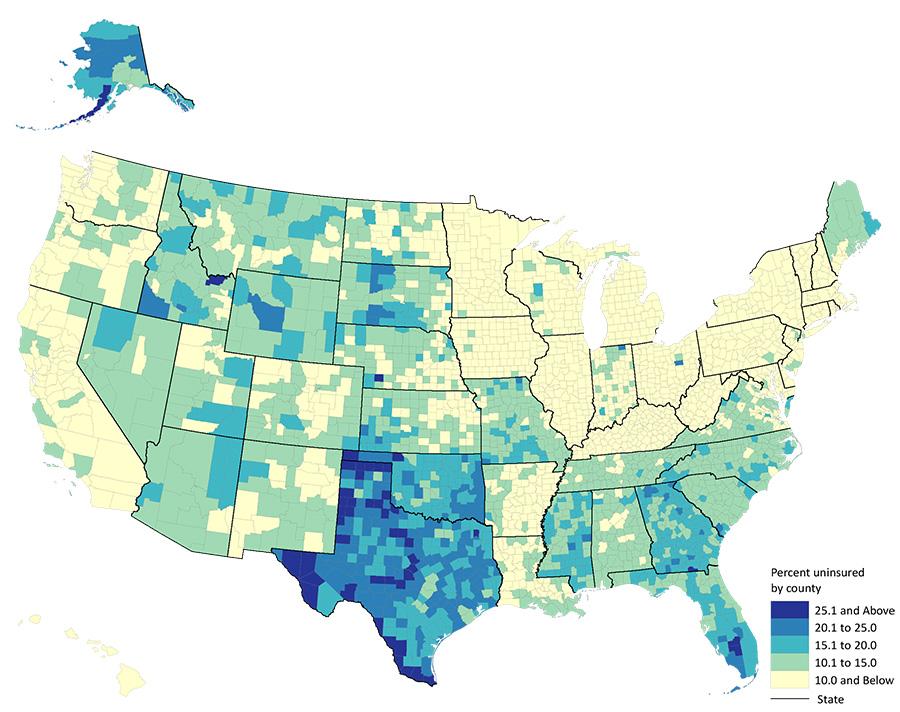 In total, Americans spent $3.65 trillion, or about 18 per cent of U.S. gross domestic product (GDP), on healthcare – more than any other developed nation and the entire GDP of many countries including the United Kingdom, according to data from the U.S. Census Bureau as of 2017, the latest available.

Robert M. Kaplan, professor of medicine at the Stanford School of Medicine Clinical Excellence Research Center, argues in his new book More than Medicine: The Broken Promise of American Health that despite having the most expensive healthcare system in the world, the United States lags many other developed nations in life expectancy (see Exhibit 3), child mortality and other health metrics.

The opioid epidemic has compounded that dilemma. According to the Centers for Disease Control and Prevention (CDC), nearly 400,000 people in the United States died from drug overdoses involving prescription or illicit opioids from 1999 to 2017. A recent study by the Society of Actuaries estimates that the total economic burden of the opioid crisis in the United States from 2015 through 2018 alone was at least $631 billion. This estimate includes costs associated with additional health care services for those impacted by opioid use disorder (OUD), premature mortality, criminal justice activities, child and family assistance programs, education programs and lost productivity. 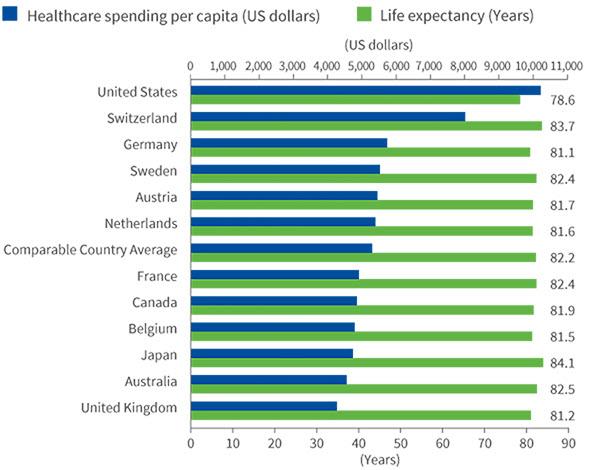 Source: Kaiser Family Foundation analysis of data from OECD and National Health Expenditure (NHE) data, 2017.
Note: Life expectancy data for Canada and France are for 2015. Health consumption data does not include investments in structures, equipment, or research

Kaplan believes misplaced confidence and funding in ever more expensive high-tech diagnostics and treatments may accelerate the pace of healthcare inflation without necessarily yielding the expected improvements in the health of the population. He points out that earlier this year Novartis introduced Zolgensma, the most expensive gene therapy treatment to date for a rare childhood disorder, costing $2.1 million per patient.3 The drug was approved on the basis of a single study involving 15 children, did not include a control group, and subsequently was embroiled in a data manipulation scandal.4

“Many of the new therapeutic biological products that have been approved recently are outrageously expensive but have a relatively small impact on human health,” says Kaplan.

The number of novel drugs and biologics approved by U.S. Food and Drug Administration (FDA) is increasing, culminating in an all-time high of 59 new drug approvals in 2018.5 Some recent products, such as PCSK9 inhibitors to lower cholesterol, started as high as about $14,000 per person per year. While there is some evidence that they lower cholesterol and, in some incidences, reduce the number of cardiovascular events, their ability to substantially outperform other cheaper alternatives and extend the life of patients is less clear. For example, randomized trials of PCSK9 inhibitors have not shown reductions in mortality.

In search of remedies

Unlike many other sectors, the American healthcare system has yet to solve the fundamental value problem of how to improve results at a lower cost. Various healthcare proposals from “Medicare for All” to President Trump’s promise to negotiate lower drug prices may amplify the issue, but are unlikely to solve it.

A more cost-effective healthcare system would require a multidisciplinary, outcomes-based approach but applied across the entire healthcare sector, using technology as an enabler. Data science, for example, is reshaping the sector, helping to improve diagnostics, healthcare maintenance and cost efficiency. One example of a company looking to optimize big data to deliver better healthcare at a lower cost is United Health, through its subsidiary Optum Insights. It provides software to general practice surgeries, not just for doing expenses and other administrative tasks, but also to help in diagnostics and find lower-cost solutions in the shift towards outcomes-based healthcare.

“It is ahead of competitors in this respect,” Niven says. “It’s a first mover advantage, similar to Google in search engines. This gives the company a tremendous competitive advantage because of the vast data sets it has built.”

Niven believes the data advantage presents investors with a long-term opportunity, despite some short-term volatility in United Health’s share price this year due to the political backdrop.

“Effectively, investors have been selling United Health on the basis that politics is such an existential threat to the managed care business,” she says. Yet about half its profits do not come from managed care but from Optum, which besides data services also includes the healthcare and pharmaceutical businesses. “I can see the rationale of a very rich country providing universal healthcare, but politically, it’s incredibly difficult to get any major reforms through a divided Congress,” Niven says. “While “Medicare for all” has captured the market’s attention, it is unlikely to materialize. What is more likely to happen is ‘Medicare for more’.”

Medicare for All vs. Investing for All

Commentators across the political spectrum have sown considerable doubts about the political viability (and costs) of the Medicare for All proposal that would essentially abolish private health insurance in favor of a universal healthcare system more in line with other industrialized nations. In the week after Bernie Sanders unveiled it on April 10, the S&P 500® Health Care Index dropped by about 6.5% to its lowest level this year compared to a slight increase for the broader index during the same period; managed-care companies were among the hardest hit.

Weeks later when former Vice President Joe Biden began edging ahead of the crowd as one of the leading Democratic candidates, the S&P 500® Health Care Index rebounded, and that index has advanced further since then as investor fears were allayed of drastic upheaval in the healthcare industry even though Biden has slipped in some polls. While Biden and some other candidates have endorsed building on Obamacare, the price tag of Medicare for All has fueled doubts that it could gain Congressional approval. In any event, the Trump administration is urging courts to strike down Obamacare. What would replace it in that scenario is hard to say. In recent speeches, Trump has outlined plans for protecting vulnerable patients; delivering affordable care, and prescription drugs; providing choices and control; and improving care for veterans. Whether such proposals come to a vote in Congress before the 2020 election is another matter.

Traditionally a sector where investors go for protection during periods of market turmoil, healthcare may not provide as much short-term cover in the next downturn. In the first seven months of the year, the S&P 500® Health Care Index trailed its broader S&P 500® Index, returning just 12.9% versus 24.5% so far this year (as of 11/20/2019) In comparison, during the market sell-off in the fourth quarter of 2018, the S&P 500® Health Care Index fell by about 9.5% versus a drop of 14.3% for the broader index.

The 2020 elections likely will bring more volatility to healthcare as both parties vie for votes. But for investors capable of filtering out the short-term noise, there may be opportunities to tap into global trends such as technological advances in medicine and a shift to a more interdisciplinary approach to delivering patient outcomes.

At the same time, big tech companies, with most of the tangible infrastructure already in place – hospitals, ambulance networks, pharmacy chains – can focus on asset-light, high-value-add aspects of healthcare, which fits neatly with their business models.

Also instructive of where things may be headed is the powerful collaboration of Jeff Bezos of Amazon, Warren Buffett of Berkshire Hathaway, and Jamie Dimon of J.P. Morgan Chase. In 2018, they formed a consortium called Haven aimed at lowering healthcare costs for the three companies’ employees.

The same year, Amazon moved into the drug distribution business, paying $1 billion to acquire online pharmacy PillPack, a tie-up that poses a threat to pharmacy benefit managers (PBMs), the middle-men that provide links between drugs companies and pharmacies. U.S. pharmacy chains and drug wholesalers lost $14 billion in market value on the day of the PillPack announcement, according to Thomson Reuters data.

Meantime, Google’s parent company Alphabet reportedly has ambitions to shake up healthcare insurance in the United States: by crunching patient data at a population level to highlight potential efficiencies, it believes it can undercut insurers on cost. CityBlock Health, a unit spun out of Google company Sidewalk Labs, is already providing personalized care in New York to low-income communities eligible for the government-funded programs Medicaid and Medicare. In addition, Alphabet recently invested $375 million to up its stake in health insurance start-up Oscar Health, which is also looking to muscle in on big insurers’ share of Medicare payments.6

Investors should watch these ventures with interest. 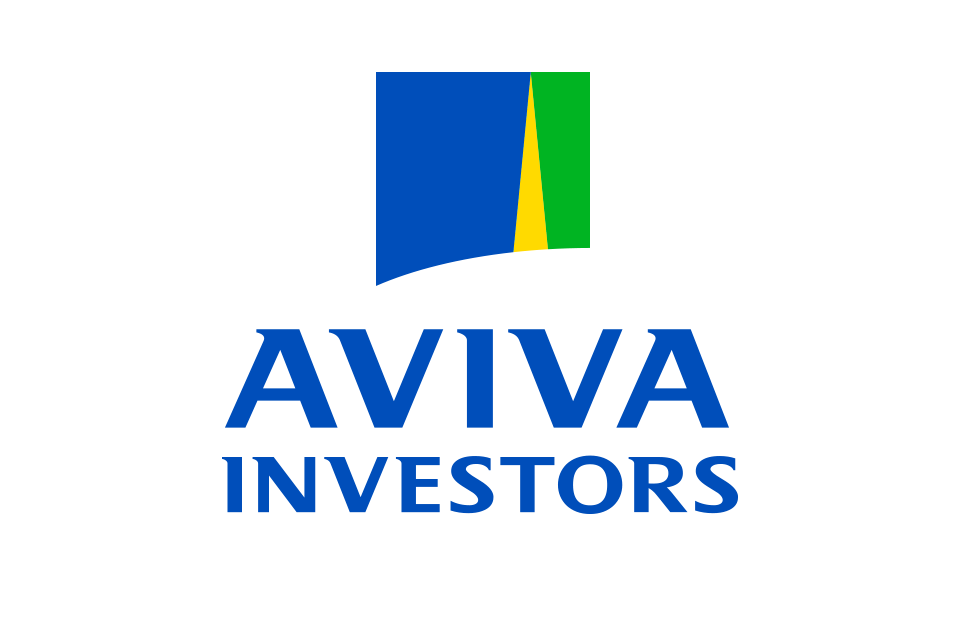 S&P 500® Index is a free-float market capitalization-weighted index of 500 of the largest U.S. companies. The index is calculated on a total return basis with dividends reinvested. The indexes are unmanaged, their returns do not reflect any fees, expenses, or sales charges, and are not available for direct investment.

S&P 500® Health Care Index comprises those companies included in the S&P 500® that are classified as members of the GICS® health care sector.

Aviva Investors Americas LLC (AIA) is the named subadviser to the Virtus Aviva Multi-Strategy Target Return Fund and utilizes the services of Aviva Investors Global Services Limited (AIGSL) and its other affiliates (collectively, Aviva Investors) to manage the Fund. Each affiliate entered into a Memorandum of Understanding (“MOU”) with AIA and these affiliates are Participating Affiliates as that term is used in relief granted by the SEC.]