Armageddon. That’s the word that comes to mind to describe midstream energy stocks in the fourth quarter of 2018. Plunging oil prices combined with a global market sell-off sent the sector down over 17% in the quarter (as measured by the Alerian MLP Index) and put the stocks dangerously close to their 2016 lows. As investors in the midstream sector, we unfortunately are all-too familiar with big quarterly price drops, but the fourth quarter was especially surprising and painful given the seemingly strong fundamental backdrop coming into the quarter.

The rout in oil certainly was a big driver of the sector’s underperformance. On October 3, oil closed at $76.41 a barrel, its highest level since the OPEC massacre that occurred at Thanksgiving 2014. Oil bulls were talking about hitting $100 oil again, and while we were a little wary given the third quarter move up, we never imagined that oil would fall to $42.53 less than three months later. President Trump’s decision to grant waivers to countries for the purchase of Iranian oil was the catalyst that started pushing oil lower. Then, fears about global growth and a big macro move to an overall risk-off environment, combined with a lack of liquidity and significant computer-driven commodity trading, accelerated the drop. Not even a successful negotiation by OPEC in early December to meaningfully cut production could stop the bleeding.

As oil fell and especially after it broke through $50, midstream stocks accelerated downward. Part of this was certainly driven by investors following the playbook from 2015 when falling oil prices led to a big drop in midstream stocks. Midstream energy’s underperformance was likely hastened by the continued lack of sponsorship and excessive leverage by many key owners of midstream stocks. Since the downturn, we have talked about the need for new MLP sponsorship. Retail investors remain on the sidelines and institutions have been wary about getting involved until the sector fully reforms itself and proves that it can put up consistent returns. Unfortunately, that leaves the sector overly dependent on closed-end funds and hedge funds, both of which use leverage. When stocks move down quickly, this leverage rears its ugly head, and sector liquidity becomes an issue. Case in point: December 13-24, when the Alerian MLP Index fell 13.5%. During this time period, the big liquid stocks were hit especially hard as investors knew they could sell those in bulk in order to lower their leverage and make sure they stayed in compliance with covenants.

While stocks were pummeled in the quarter, outside of the weakness in commodities, the overall picture for midstream stocks actually got better. The Colorado voting initiative that we wrote about last quarter that would have essentially banned fracking in the state was defeated 55%-45% on election day. While energy companies have likely not seen the of end of the opposition, the vote at least gives them two years to negotiate a compromise with opponents. Third-quarter earnings were very strong, with the large integrated companies Enterprise, Energy Transfer, and Plains All-American putting up especially big beats. Restructurings and simplifications accelerated in the quarter with five different MLPs (Equitrans/Equitable Midstream, Enlink Midstream, Antero Midstream, Western Gas, and Valero Energy Partners) announcing deals. We have talked about the industry needing to get these restructurings behind it as the simplifications lead to single-entity companies that tend to have better balance sheets, better costs of capital, and better corporate governance. Finally, not only were some new contracted projects announced, but a number of other projects came online after multi-year construction periods, including Energy Transfer’s Mariner East II, Cheniere’s first Corpus Christi LNG facility, and Plains’ Sunrise Express Pipeline.

The fourth quarter was certainly humbling for midstream investors. As we turn the calendar, we are trying to step back from the sector and be as objective as possible about its prospects. The sector was extremely oversold in December, so it is not surprising that we saw a nice bounce to start January. The real question is whether it is sustainable. We believe it is, although we are not naïve enough to think it will be a straight line up from here.

Oil is obviously a big question mark, but we are fairly confident that it will rebound from the big fourth quarter sell-down. We do not envision oil going back to $70-80 a barrel but think it will be a lot more comfortable at $55-$60 than $45. One thing we have learned about oil is that, like the tankers that carry it, it takes a while for sentiment to turn around, even when the course has changed. The steps taken by OPEC in December were important; those production cuts should relieve the inventory imbalances even if the market ignored them at the time. Rather than supply, the bigger question mark around oil is more around demand. The Energy Information Administration is still projecting solid oil demand growth of 1.40 million barrels per day in 2019, but a global recession or an escalation of the trade war with China could put pressure on the price.

Beyond commodity prices, the fundamentals for energy infrastructure look strong. 2019 U.S. volume growth should be very supportive, with oil production growth projected up 12%, gas production up 6%, and natural gas liquids production up 11%, according to Wells Fargo. Midstream valuations are also getting hard to ignore. Current sector multiples are back to where they were in the 2008-2009 financial crisis. The market is also not appreciating just how much restructuring has taken place. Balance sheets are much stronger and distribution coverage ratios have gone up significantly. With most restructuring and distribution cuts now behind it, the sector should also start to see real distribution growth once again. According to UBS, while the level of overall distributions fell from 2015-2017 and rose just 0.5% in 2018, distributions should jump 4% in 2019.

We continue to believe that energy infrastructure stocks are going through an “institutionalization” process similar to what REITs and utilities went through in the early 2000s. In addition to lowering their leverage, energy infrastructure stocks are fixing their corporate governance and starting to run their companies with far greater financial discipline. New investors still want to see more proof before jumping in, but we are convinced that real value is being created and will eventually be discovered. 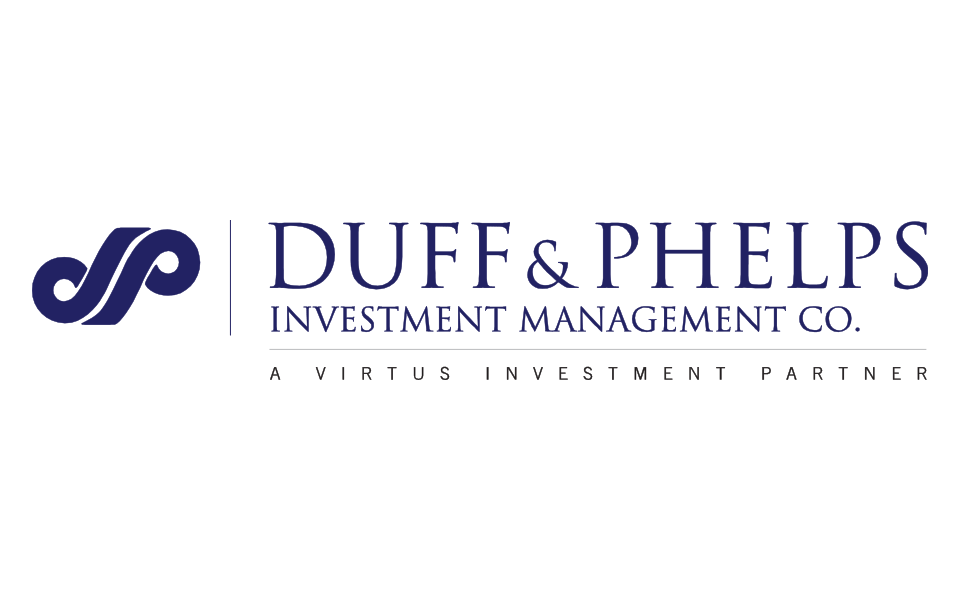 Risk Considerations: Equity Securities: The market price of equity securities may be adversely affected by financial market, industry, or issuer-specific events. Focus on a particular style or on small or medium-sized companies may enhance that risk. MLPs: Investments in Master Limited Partnerships may be adversely impacted by tax law changes, regulation, or factors affecting underlying assets. Energy Sector Concentration: The fund’s investments are concentrated in the energy sector and may present more risks than if the fund were broadly diversified over numerous sectors of the economy. Non-Diversified: The fund is non-diversified and may be more susceptible to factors negatively impacting its holdings to the extent that each security represents a larger portion of the fund’s assets. Prospectus: For additional information on a fund’s risks, please see the fund’s prospectus.

Please carefully consider a fund’s investment objectives, risks, charges, and expenses before investing. For this and other information about any Virtus mutual fund, contact your financial representative, call 1-800-243-4361, or visit Virtus.com for a prospectus or summary prospectus. Read it carefully before investing.