Skip to main content.
Home / Market Insights / Why Gold and Bond Investors Can Both Be Right

Contrary to recent commentary in the financial press, we believe that gold and U.S. Treasuries can both perform well at the same time as gold is rallying due to negative real rates, among other things.

Does the decline in real rates and rise in gold prices signal higher inflation on the horizon as some pundits have suggested?

Hardly. The decline in real rates has been driven by the deflationary pressures that have driven nominal rates down by about 140 basis points (bps) this year, not inflation. In fact, the Core PCE Price Index— the Federal Reserve’s (Fed) preferred inflation gauge because it excludes food and energy prices from personal consumption expenditures prices—is down to 0.95% y-o-y through June after ending 2019 at 1.62% y-o-y.

Treasury Real Yield Curve Rates. These rates are commonly referred to as "Real Constant Maturity Treasury" rates, or R-CMTs. Real yields on Treasury Inflation Protected Securities (TIPS) at "constant maturity" are interpolated by the U.S. Treasury from Treasury's daily real yield curve. These real market yields are calculated from composites of secondary market quotations obtained by the Federal Reserve Bank of New York. The real yield values are read from the real yield curve at fixed maturities, currently 5, 7, 10, 20, and 30 years. This method provides a real yield for a 10-year maturity, for example, even if no outstanding security has exactly 10 years remaining to maturity.

Gold as a Deflationary Hedge?

The knock on gold has always been that it has no yield, but it is now out yielding bonds when viewed through the lens of negative real rates. The COVID-19 pandemic is a deflationary shock that exacerbates the existing structural deflationary forces of excessive debt/ unfunded liabilities; aging demographics; excess global capacity/ “zombie” companies (definitions vary, but most agree that a zombie company does not earn enough to cover its interest payments); and low productivity growth.

“Zombie” Companies Continue to Multiply Share of U.S. companies with debt servicing costs that are higher than profits, 1990-2020

As a result, long nominal U.S. rates will continue to converge to the lower yields offered in Europe/Japan. We are seeing money supply growth numbers that we have never seen before, but the velocity of money continues to plumb new lows due to the lack of aggregate demand that has increased the output gap.

The key will be to continue to monitor aggregate demand/ velocity of money, as we do not have confidence that the current Fed will be quick to remove the excess liquidity should velocity start to rise. However, it will be Q4 of 2022, using the Bloomberg consensus GDP forecast, before the United States is back to year-end 2019 GDP levels.

Our Outlook for Investment Grade Bonds

For instance, coming into 2020, we were very underweight risk in general. We had about a half of benchmark weight to the corporate sector. We were very overweight Treasuries, where prices rallied, driving the yield about 100 bps lower. This enabled us to take advantage of the dislocation that occurred in the March, April, and May timeframe.

Since then, we have gone from being very underweight to modestly overweight corporate credit risk. This shift was easy to execute given our Treasury overweight, hence we reduced our exposure to Treasuries to fund the higher allocation to corporates. In addition, as the yield curve began to steepen over the second half of Q2, we tactically initiated a yield curve flattening strategy across our full market mandates.

By the end of July 2020, the corporate market had rallied significantly, even as the investment grade sector leveraged up to 3.9x from 2.9x (pre-COVID) and cash flow headed lower, according to our pro forma analysis.  Nominal spreads may now appear about average, but on a leverage-adjusted basis, spreads have returned to all time tights.

Suffice it to say, security selection is going to be absolutely key going forward. We remain overweight the corporate sector and a few sectors that we’re favorably-disposed toward, which we have been for a while, are the gold miners and energy complex. The excessive volatility in the oil market over the March and April time period offered a unique opportunity to take advantage of and we were able to add to our energy exposure and capitalize on the repricing that took place over the May to July time frame.

U.S. fixed income still has the potential for capital appreciation, particularly at the longer end of the yield curve, thereby offering the same hedge/diversification that investors have come to expect from their investment grade bond allocation. 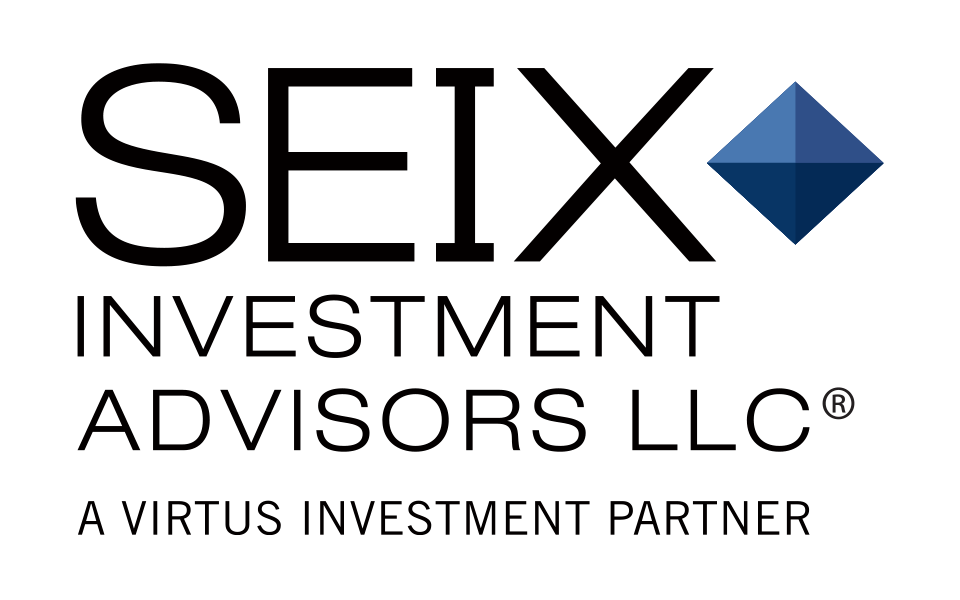 The commentary is the opinion of Seix Investment Advisors. This material has been prepared using sources of information generally believed to be reliable; however, its accuracy is not guaranteed. Opinions represented are subject to change and should not be considered investment advice or an offer of securities.

Important Risk Considerations
Credit & Interest: Debt securities are subject to various risks, the most prominent of which are credit and interest rate risk. The issuer of a debt security may fail to make interest and/or principal payments. Values of debt securities may rise or fall in response to changes in interest rates, and this risk may be enhanced with longer-term maturities. High Yield-High Risk Fixed Income Securities: There is a greater level of credit risk and price volatility involved with high yield securities than investment grade securities. Foreign Investing: Investing internationally involves additional risks such as currency, political, accounting, economic, and market risk. Industry/Sector Concentration: A fund that focuses its investments in a particular industry or sector will be more sensitive to conditions that affect that industry or sector than a non-concentrated fund. Market Volatility: Local, regional, or global events such as war, acts of terrorism, the spread of infectious illness or other public health issue, recessions, or other events could have a significant impact on the fund and its investments, including hampering the ability of the fund’s portfolio manager(s) to invest the fund’s assets as intended.

Not all products or marketing materials are available at all firms.
Not insured by FDIC/NCUSIF or any federal government agency. No bank guarantee. Not a deposit. May lose value.