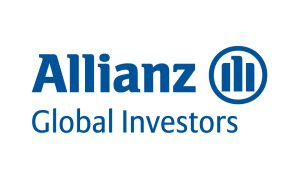 At Allianz Global Investors, active is the most important word in our vocabulary. Active is how we create and share value with clients. We believe in solving, not selling, and in adding value beyond pure economic gain. We invest for the long term, employing our innovative investment expertise and global resources. Our goal is to ensure a superior experience for our clients, wherever they are based and whatever their investment needs.

Prior to joining Allianz Global Investors in 2004, Mr. Edelman worked at Alliance Capital Management, where he managed large-cap institutional equity portfolios. Earlier in his career, he was a research analyst specializing in the consumer products and services sector.

Mr. Edelman earned a B.A. in history from Columbia College and an M.B.A. in finance from New York University. He began his career in the investment industry in 1984. 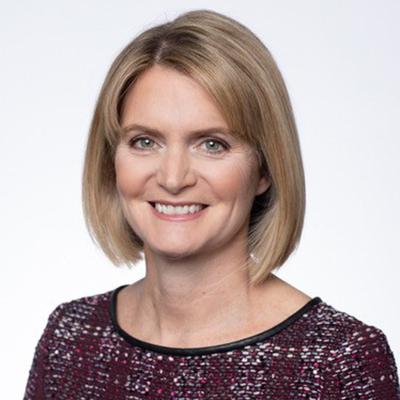 Kimberlee Millar is a director, portfolio manager, and analyst at Allianz Global Investors. As a generalist for the Disciplined Equities group, her primary responsibility is conducting company research, while assisting in the improvement of the group’s overall investment processes and contributing to its portfolio management efforts.

Before joining Allianz Global Investors in 2005, Ms. Millar was an assistant economist at the Investment Company Institute, producing mutual fund industry research for the firm’s research and marketing departments. Prior to that, she worked at Heiden Associates Inc., an economic consulting firm located in Washington, D.C.

Ms. Millar earned B.A. in economics from the University of Calgary. She is a Chartered Financial Analyst® (CFA®) charterholder. She began her career in the investment industry in 1998.

Benefits from a robust, worldwide investment platform with investment teams in the U.S., Europe, and Asia, each conducting regular meetings with corporate management at key companies

Market Volatility: The value of the securities in the portfolio may go up or down in response to the prospects of individual companies and/or general economic conditions. Price changes may be short- or long-term. Local, regional or global events such as war, acts of terrorism, the spread of infectious illness or other public health issue, recessions, or other events could have a significant impact on the portfolio and its investments, including hampering the ability of the portfolio's manager(s) to invest the portfolio's assets as intended.
Issuer Risk: The portfolio will be affected by factors specific to the issuers of securities and other instruments in which the portfolio invests, including actual or perceived changes in the financial condition or business prospects of such issuers.
Equity Securities: The market price of equity securities may be adversely affected by financial market, industry, or issuer-specific events. Focus on a particular style or on small or medium-sized companies may enhance that risk.
Focused Investments: To the extent the portfolio focuses its investments on a limited number of issuers, sectors, industries or geographic regions, it may be subject to increased risk and volatility.
Prospectus: For additional information on risks, please see the fund's prospectus.

In the first quarter, U.S. equities suffered their worst quarterly declines since 2020. Initially, stocks sold off on fears that the U.S. Federal Reserve (Fed) would need to be more aggressive in raising rates. Russia’s invasion of Ukraine also caused considerable volatility and further weakness. By mid-March, the S&P 500® Index had fallen into a technical correction, while the tech-heavy Nasdaq Composite Index was on the brink of entering a bear market (defined as declines of 10% and 20%, respectively, from recent highs), before a late-month rally helped both indices pare some losses.

Inflation continued to accelerate, with consumer prices rising 7.9% year over year in February—the highest rate since January 1982—while core inflation reached 6.4%. Despite the strong employment data, the University of Michigan’s consumer sentiment index dropped to 59.4 in March, the lowest reading since August 2011, as surging inflation impacted real wages. Financial markets started to price in several hikes in the federal funds rate after Fed chairman Jerome Powell suggested that there was “quite a bit of room” to tighten monetary policy without harming the labor market. In March, the Fed raised rates by 25 basis points to a range of 0.25% to 0.5%, marking its first rate increase since 2018. Policymakers also forecasted six further rate increases in 2022 and another three in 2023. Mr. Powell hinted that the U.S. central bank would be prepared to act more aggressively if needed to keep a lid on prices and pushed back against concerns that monetary tightening may cause a recession.

In this environment, value stocks outpaced growth stocks by a considerable margin over the quarter, as fears of higher interest rates hit popular technology companies. Communication services companies, such as Netflix and Meta Platforms, declined on worries of slowing subscriber growth, while falling real wages hit the consumer discretionary sector. In contrast, energy stocks rallied along with oil and natural gas prices.

Deere & Co and CrowdStrike were among the strongest stock contributors. Shares of agricultural equipment company Deere & Co reported quarterly earnings that beat expectations driven by revenue growth and margin upside. We maintain a positive outlook for Deere as agriculture fundamentals continue to improve and drive strong demand for equipment, especially given limited dealer inventories of new and used equipment. Our position in security software vendor, CrowdStrike, benefited after the company reported better-than-expected revenue and profits in the most recent quarter amid strong momentum in new client sales and growth with current customers. We continue to believe CrowdStrike’s best-in-class endpoint security solutions are particularly relevant in the new distributed workforce context that many enterprises find themselves in today.

Meta Platforms and Natera were among the largest stock detractors. Shares of Facebook parent Meta Platforms reported disappointing quarterly results, and management provided muted guidance. The company’s fundamentals were negatively impacted by greater than anticipated challenges associated with Apple’s privacy changes (advertising identifier declarations) and increased competition in short-form video content. We believe the company is making progress in addressing its challenges associated with IDFA and new formats, and, over time, investors will see the potential in the metaverse. Genetic testing company Natera was also a top detractor, as shares were negatively impacted by a short seller’s report. The company refuted the allegations in the report, and analysts reiterated their positive views on the stock. While we believe the allegations in the report are overblown, it will nevertheless weigh on the stock as there is a risk of government investigations. Given the uncertain near-term outlook, we exited the position and redeployed the proceeds to higher-conviction holdings.

Equity markets have started the year with greater uncertainty and a rise in volatility. The transition to a post-COVID economy has been complicated by a sharp rise in inflation and the military conflict between Russia and Ukraine. Additionally, the market now expects the Fed to increase interest rates by at least 200 basis points in 2022. While we expect solid U.S. GDP and earnings growth in 2022, the unfolding invasion of Ukraine and the continued disruption in the global supply chain has called into question the strength of this growth. The longer the conflict and the severe economic sanctions by the west continue, the greater the possibility for weaker economic growth, especially in the Europe. Many growth companies are currently seeing strong revenue growth, yet higher input and labor costs are beginning to translate to flat or lower margins. With multiple crosscurrents in the global economy, we are cautiously optimistic that the equity market will eventually stabilize as we continue to closely monitor fundamental execution for our portfolio holdings.

From a portfolio perspective, we believe there will be winners and losers as business and consumer behavior changes. As we evaluate investment opportunities, we believe it is critical to be highly selective in these times to ensure that growth and balance sheet strength are sustainable. Our focus continues to be on applying rigorous fundamental research to identify companies with strong balance sheets, under-appreciated growth prospects, and attractive risk/reward characteristics.