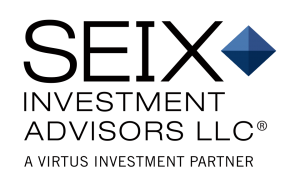 Ron Schwartz is a managing director and leads the Investment Grade Tax-Exempt team at Seix Investment Advisors, an investment management affiliate of Virtus Investment Partners. He is also a member of the Seix Investment Policy Group, which determines firm-wide asset allocation policy.

Mr. Schwartz joined Seix’s predecessor firm in 1988. He is often quoted and featured in national financial publications, including The Wall Street Journal and Bond Buyer, and has been a frequent guest on Bloomberg.

Mr. Schwartz earned a B.A. in business administration from Adelphi University. He holds the Chartered Financial Analyst® (CFA®) designation and is a member of the CFA Society of Orlando and National Federation of Municipal Analysts. Mr. Schwartz has worked in the investment management industry since 1982. 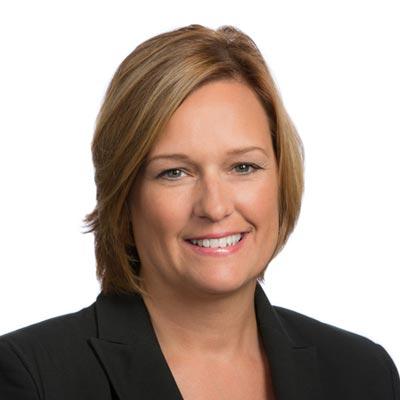 Dusty Self is a managing director and senior portfolio manager for tax-exempt portfolios at Seix Investment Advisors, an investment management affiliate of Virtus Investment Partners.

Before attaining her current position, Ms. Self worked as a portfolio specialist, and then as a performance analyst. Prior to beginning her career in investment management with Seix’s predecessor firm, she worked for Barnett Bank in the commercial loans division.

Ms. Self earned a B.S. in business management from the University of Maryland, and is a member of the National Federation of Municipal Analysts (NFMA) and the Southern Municipal Finance Society. She has worked in investment management since 1992.

Credit & Interest: Debt instruments are subject to various risks, including credit and interest rate risk. The issuer of a debt security may fail to make interest and/or principal payments. Values of debt instruments may rise or fall in response to changes in interest rates, and this risk may be enhanced with longer-term maturities.
Municipal Market: Events negatively impacting a municipality, municipal security, or the municipal bond market in general, may cause the portfolio to decrease in value.
State & AMT Tax: A portion of income may be subject to some state and/or local taxes and, for certain investors, a portion may be subject to the federal alternative minimum tax.
Market Volatility: Local, regional, or global events such as war, acts of terrorism, the spread of infectious illness or other public health issues, recessions, or other events could have a significant impact on the portfolio and its investments, including hampering the ability of the portfolio manager(s) to invest the portfolio's assets as intended.
Prospectus: For additional information on risks, please see the fund's prospectus.

In many ways, the fourth quarter of 2021 was a continuation of the one-way bull market of the previous three quarters with lesser quality paper outperforming, albeit at a reduced pace. Phenomenal retail demand continued with mutual fund flows for the calendar year topping $101 billion as volatility stayed low.  The magnitude of this insatiable retail demand is best captured by Refinitiv/Lipper, which reported municipal bond funds have seen inflows in 85 of the past 86 weeks (period ending January 5, 2022) totaling a record $164.3 billion—a record since the inception of the data in 1992.

Issuance for 2021 was approximately $481 billion, which was 3% below 2020. The 2022 pipeline could be similar, with current estimates ranging between $450 billion and $525 billion. Overall, for the year, demand was strong and spread across retail, separately managed accounts (SMA), and institutional channels.

Longer duration outperformed continuing the trend of the previous three quarters. The five-year index total return for the quarter was 0.04%, the 10-year Index returned 0.55%, and the Long Bond Index recorded 1.58%. For the full year, the five-year had a total return of 0.34%, the 10-year was up 0.96%, and the long bond gained 3.17%. In terms of credit quality, spread movement was rather muted, the AAA index was up 0.82% as the Baa index gained 0.80%, and the AA and A indices returned 0.69% for the quarter. For the full year, the difference was amazing: the AAA index was a positive 0.47%, while the Baa index returned 4.85%—a tremendous outperformance that reflected the hefty demand in yield and exemplified the resilience of spread tightening from very wide levels that occurred in early 2020.

Trading activity, however, was down approximately 30% for the year, limiting opportunities to take advantage of inefficiencies in the market.

The I-shares underperformed the Bloomberg Municipal Bond Index by 7 bps, partially attributed to the underweight to the 20-year area. The Fund increased exposure to AA-rated bonds during the quarter.

The Fund’s effective duration was unchanged from 5.27 to 5.28 years versus last quarter. The Fund compared to the Bloomberg Municipal Bond Index is overweight cash, the 7-year, and the 10-year areas, market weight to the 15-year area, and underweight the remaining maturity buckets. The Fund is underweight education, local general obligation (GO), transportation, and education sectors versus the index. State GOs, water/sewer, special tax, and electric sectors are overweight.

With investors clamoring for yield in a low-rate environment (especially in high tax states), we expect demand for municipal bonds will remain strong in 2022. However, the combination of Federal Reserve tapering of asset purchases and raising rates to help quell inflation will likely prompt an uptick in volatility.

While we believe there is room for quality spreads to widen from their very tight levels at present, we would not, however, expect that widening to be significant. Much will depend on demand from SMAs and institutions.  While we do not foresee another year of demand like we had in 2021, should demand remain strong, yield will continue to be an important piece of the performance puzzle. Lesser quality paper should outperform, albeit to a lesser degree than seen in the last year.

1 Yields/Distributions: 30-day SEC Yield is a standardized yield calculated according to a formula set by the SEC, and is subject to change. 30-day SEC Yield (unsubsidized) is the 30-day SEC Yield without the effect of applicable expense waivers. Distribution Rate is calculated by (a) annualizing the latest income distribution for fixed income funds or funds less than 1 year old, or (b) summing all income distributions over the preceding 12 months for all other funds, and dividing the NAV on the last business date of the period, unless otherwise indicated. The Distribution Rate may be comprised of ordinary income, net realized capital gains and returns of capital.